KEY TRENDS IN THE NICKEL MARKET

2016: the market balance has tilted towards deficit on the back of high price volatility; the demand increased driven by a greater output of stainless steel in China, whereas production went down due to the declined supply of nickel ore.

Outlook: cautiously optimistic. In 2017, the market deficit may go up and reach 100 kt, but market uncertainty will most probably persist going forward. As Indonesia is resuming its ore exports, the demand from China might ebb, while exchange warehouse stocks of nickel remain pretty high.

In 2016, the nickel price continued to decline and in February reached USD 7,710 per tonne, the record low since 2003. The trend was, however, reversed and the commodities prices started to go up on the back of China’s plans for economic stimulus and the US Federal Reserve’s decision to maintain the current interest rate. In June, optimism became the prevailing sentiment in the market owing to the forecasts of increased nickel consumption and the intention of the Philippine President to limit nickel ore mining and export volumes, and launch a mining audit. From August to September, the suspension of some of the nickel ore mining operations in the Philippines was offset by the expectations that Indonesia might lift the ban on nickel ore exports. Before the announcement of the US presidential election results, nickel prices floated oscillated between USD 9,650 and USD 10,760 per tonne. The market positively responded to Donald Trump’s victory and his campaign promises to ramp up investments in the country’s infrastructure projects, with nickel prices reaching their annual peak of USD 11,735 per tonne. By the end of the year, though, they went down to USD 10,000 per tonne due to new export permits restrictions on the exports of nickel ore from New Caledonia to China, delays in the announcement of the Philippines’ mining audit results, and no material drop in exchange nickel stocks. In 2016, the nickel price averaged USD 9,609 per tonne, down 19% y-o-y.

No.2 Nornickel is the world’s second largest producer of nickel

Following several years of market surpluses, the nickel market went into a small deficit in 2016, with consumption outstripping production by 10 kt (c. 0.5% of the annual demand) for the first time over the past five years. The demand was mainly driven by an 8% y-o-y increase in metal consumption primarily attributable to the Asian producers of stainless steel and batteries. This coincided with stagnation in primary nickel production, as record low global prices for nickel caused a number of loss-making refined nickel manufacturers to shut down and prompted others to increase their efficiency and capacity utilisation. Following its 2014 ban on the exports of unprocessed ore, Indonesia commissioned new NPI production facilities. Another factor affecting the production rates was the shortage of lateritic nickel ore supplies due to a prolonged rainy season in 1H 2016 and the suspension of several mining operations in the Philippines as a result of the environmental audit in 2H -2016. This was exacerbated by the shortage of sulphide concentrates stemming from the closure of loss-making mines in 2015–2016 and the one-off impact of Nornickel’s capacity reconfiguration programme.

During the year, total exchange warehouse stocks at the LME and the SHFE decreased by 18 kt to 472 kt, or about 12 weeks of global consumption.

Drivers of the nickel price in 2016 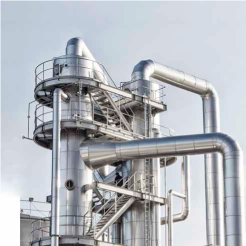 Stainless steel comes to the market in various shapes from all over the world, whereas its smelting structure ultimately determines the primary nickel consumption patterns.

Austenitic stainless steel. Austenitic stainless steel comprising the 200 series and 300 series steel is the most widespread type of that product (over three quarters of the global production). The 300 series steel has a higher nickel content (normally 8–12%, or up to 20% in a number of select brands). Nickel added in this proportion improves the steel’s corrosion resistance and robustness in a wide range of temperature conditions, boosts its ductility and durability in aggressive environments, and enhances its non-magnetic properties. This series enjoy the highest demand, as it is applied in a wide range of industries, including construction, food and chemicals manufacturing, energy, transportation, etc. The 200 series steel cannot be used as a perfect substitute for the high nickel grads, as it has a lower nickel content due to the addition of manganese. The 200 series is susceptible to surface (pitting) corrosion and non-resistant to heat and aggressive environments. Due to the lower price, 200 series is often used in the production of consumer goods, such as home appliances. China and India account for over 90% of the total 200 series steel output.

Austenitic-ferritic steel. Austenitic-ferritic (duplex) stainless steels also use nickel and are characterised by a higher content of chromium (18–25 %) and molybdenum (1–4 %), but they account only for 1–2% of the global smelting output. For statistical purposes, these steels are usually grouped with the 300 series.

Ferritic and martensite stainless steels (400 series). These steels usually do not contain nickel, while their properties are similar to those of low-carbon and highly corrosion-resistant steels. However, their mechanical properties are inferior to those of austenitic stainless steels. These steels are mainly used to manufacture automotive exhaust systems, cargo container frames, water heaters, washing machines, utensils and cutlery, kitchenware, home decor items and razor blades.

In 2016, the total stainless steel output increased by 6% and reached the record high of 44 mln t, with China being the biggest contributor. China now accounts for over 50% of the global stainless steel production vowing to the capacity expansion programmes at Beihai Chengde, Fujian Fuxin, Shandong Shengyang Jinhui and some other facilities, as well as the launch of new plants (most notably Delong and Shangtai Industry) integrated with NPI production sites.

Other regions also reported positive stainless steel production results. As a result of Europe’s capacity optimisation programmes, lower output volumes from Germany and Italy were offset by the growing production in Finland, Belgium and Spain. India and other Asian countries also posted growth, while the US saw the first signs of recovery in production.

Consumption of primary nickel by the global stainless steel producers rose by 9% to 1.4 mln t as a result of an increase in the 300 series and 200 series output by 5% and 8%, respectively, and a relatively small upturn in the use of scrap.

This is the reason why high grade nickel consumption has been shifting from stainless steel production to some other metals-related industries in recent years. In 2016, around 60 kt of high grade nickel was substituted in this industry with higher volumes of ferronickel and metallised products with a lower nickel content.

In 2016, primary nickel consumption in alloy production increased by 2%, which was mainly attributable to the high demand from the aerospace industry.

Nickel is widely used in decorative and protective platings with their thickness ranging from 1 to 100 microns (nickel electroplating). In 2016, primary nickel consumption in the electroplating industry grew by 4% (5 kt), mainly due to the increased demand in Asia.

Nickel coating is highly corrosion-resistant, hard and pleasing aesthetically. It is also used as an alternative to chromium plating. 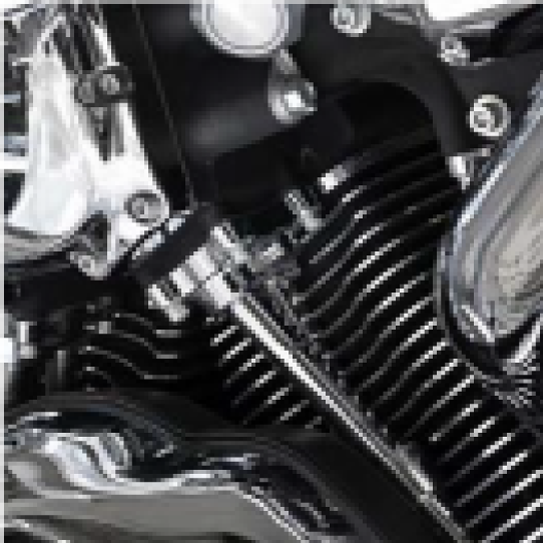 In recent years, China has been the leading manufacturer of nickel electroplating products. Since 2012, though, the electroplating industry has started to develop in other Asian countries, and the Chinese businesses are now transferring their production to achieve cost savings.

The battery industry uses nickel as a major component of cathodes for battery cells. The extent of nickel utilisation depends on the battery type.

Nickel-cadmium batteries (Ni-Cd).
The first nickel-based batteries were developed in 1899. Currently, their use is restricted, since cadmium is banned as a toxic substance under the EU directive of 2014.

Nickel-metal hydride batteries (Ni-MH).
Ni-MH batteries were developed in 1989 as a substitute for Ni-Cd batteries to avoid using cadmium.

Producers use nickel to manufacture this type of batteries. Currently, though, the nickel-metal hydride battery market is growing at a slow pace (with hybrid vehicles being its only growth driver) and faces tough competition from the lithium-ion batteries. 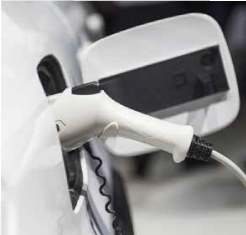 Starting from 2014, primary nickel consumption in this industry has been advancing at an accelerated pace due to the higher electric car production and a shift to lithium-ion batteries in hybrid cars. In 2016, the consumption of primary nickel in the industry increased by nearly 15 kt (over 20%). This came as a result of capacity expansion programmes for nickel-cobalt-aluminium alloys in Japan and South Korea and development of the nickel-cobalt-manganese alloy industry in China, with cobalt continuing to be partially substituted with nickel.

Further expansion of the automotive industry, which is currently experiencing an upsurge in popularity of electric and hybrid cars, augurs well for the longer-term growth in primary nickel consumption, even though it strongly depends on the evolution of battery technologies going forward.

Primary nickel can be split into two major groups:

In 2016, primary nickel production decreased by less than 1% y-o-y, or 10 kt, mostly as a result of the decline in the output of refined nickel and NPI in China due to the lack of row ore and concentrate. Another reason was the closure of a number of loss-making plants and capacity reconfiguration programmes implemented by several integrated producers. However, most of the discontinued capacity was offset by the increase in output and start of commercial production at new NPI plants in Indonesia. As a result, the market is going through structural changes: extra-low prices are causing a decline in high grade nickel production (due to negative profitability and insufficient supply of nickel concentrate), which is being replaced by low grade nickel in the form of NPI in Indonesia.

In 2016, high grade nickel output declined by 6%, or 68 kt. Production cuts were taking place at the following plants:

However, some producers (BHP Billiton and Glencore) increased their capacity utilisation in order to optimise cash costs while nickel prices are low.

The decline in high grade nickel output in 2016 was fully offset by the rise in the production of low grade commercial nickel (up 6.5%, or 58 kt). The latter was mostly driven by the launch of new smelting capacities to produce NPI in Indonesia as a result of capacity ramp-up at projects that went into commercial production in 2015, such as Tsingshan and Zhenshi Gebe, and new NPI facilities put on stream in 2016, which did not only offset the production cuts in China in 2016 caused by the lack of the Philippine ore and toughened environmental laws in China, but also contributed to an overall increase in global production of low grade nickel.

On a side note, Chinese producers, struggling amid low lateritic ore supplies to produce NPI and also suffering from declining nickel content in the Philippine ore, in 2016 began using nickel sulphide concentrate: after the roasting stage, it was mixed with lateritic ore to increase nickel content for NPI production. By the same token, in 2016 Chinese producers started adding nickel cathodes to the melted substance as a way to increase nickel content in the NPI production process. These new trends emerging in the market are blurring the traditional distinction between production and consumption of high grade and low grade nickel, and also nickel made of sulphide and lateritic nickel ore.

The most important factor influencing the low grade nickel production in 2016 was the government-run environmental audit of all mining facilities in the Philippines. After unprocessed ore exports from Indonesia were banned in 2014, the Philippines became the world’s largest exporter of commercial nickel ore, which is the key feedstock to produce NPI in China. Following the audits, the Philippines’ Department of Environment and Natural Resources ordered the closure (or suspension) of mining operations at most of the nickel mines in the country (that combined make up almost half of the Philippines’ total production in 2016), which will limit the resources available to NPI producers in China.

Actual results for 2016 may differ from projections provided in the 2015 Annual Report.